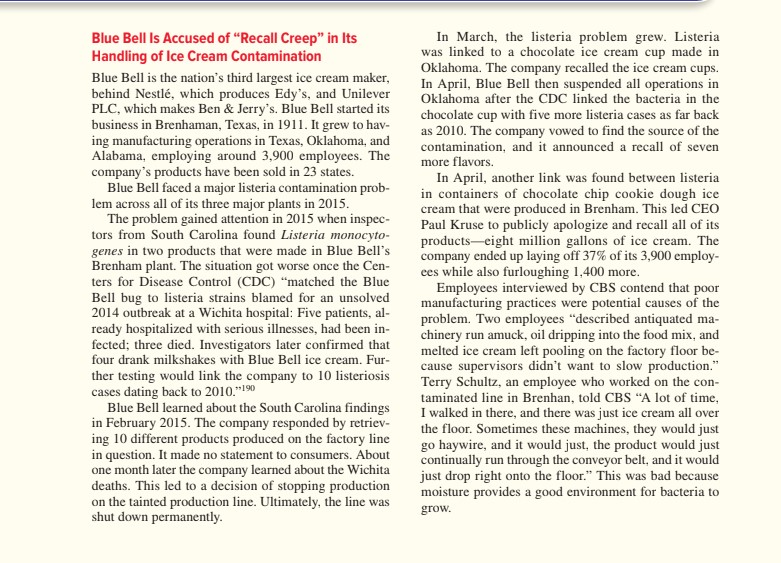 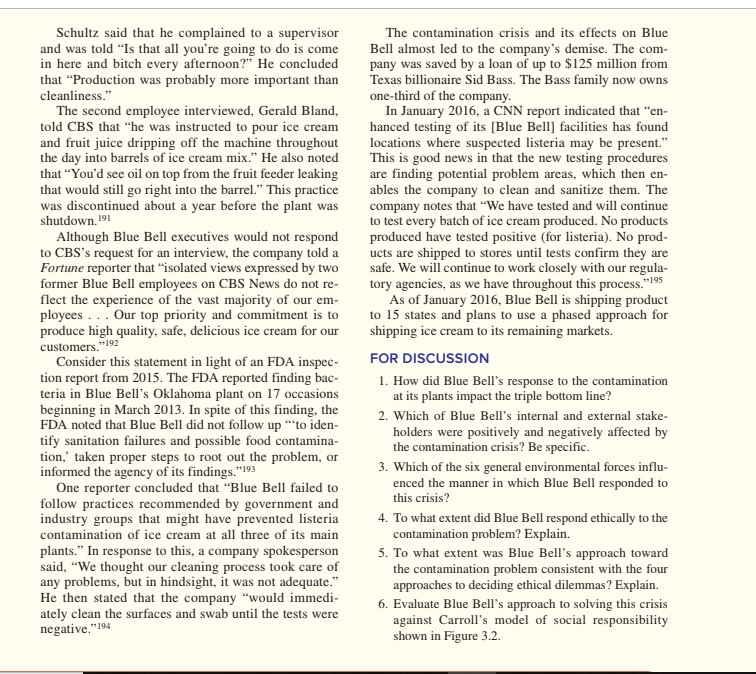 Read “Management in Action” “Blue Bell is Accused of &#39;Recall Creep&#39; in Its Handling of Ice Cream Contamination” on pages 101 and 102 in your textbook.

Answer questions 2, 3, 4, 5, and 6 at the end of the reading. Write out each question and the follow with your responses.